Perry Perrie January 1, 2022 Innovation engineering jobs Comments Off on Can 2022 be a year of cooperation? 27 Views The modern world has been animated by two important impulses. The first is a drive towards a mastery of nature, where we can recreate and design the natural world, this planet, and even our bodies, to serve human desire and imagination. Nature, in this perspective, is not a constraining constraint but an obstacle to be overcome. The second impulse is the overhaul of our social world so that it is justified to all those who inhabit it. Our social institutions, power and the hierarchies they embody are not providential. These must be reorganized to recognize a degree of earthly moral equality. They must appear legitimate to the citizens who inhabit them. One of the paradoxes of our political life is that we thought it was easier to remake nature than to remake the social institutions that we are building. When it comes to nature, we are overcoming the empire of necessity through more and more technological advancement. There is a temptation, after every human calamity, be it a pandemic or climate change, to speak of the humiliation of human vanity, of our vulnerability to nature. But adversity does not change this drive for mastery; it does not alter our relationship with nature. Instead, we’ll look for an engineering solution. If we destroy the earth, there is space to be conquered.

But in our social dispositions, we have, curiously, submitted ourselves more to the empire of necessity. Broadly speaking, the triad of some form of competitive economic extraction (capitalism), representative democracy, and the form of the nation-state have defined our social horizons.

Combined with technological innovation, this triad has produced huge gains on certain measures of progress such as material well-being and social inclusion. But this triad is also subject to internal crises and imbalances: capitalism does not work for everyone and produces distributive conflicts; democracy is often not inclusive enough and the nation-state form can spark war and xenophobic passions. But these still appear to us as unavoidable horizons within which we must think and act. There is a sort of fatality with them.

But as 2021 draws to a close, one could argue that we are at a tipping point with five crises intimately linked to these two impulses. The first two are related to our desire for mastery. The pandemic is not yet over. Vaccines and treatment protocols in development have mitigated the first drop in global life expectancy in decades. But whether Omicron turns out to be the natural vaccine that brings the disease to tolerable levels of endemicity, or simply a sign that the fight between the variants and the vaccine is not over yet is an open question. 2021 has also been a year in which we have more visibly recognized the enormous disruption that climate change is starting to cause in our lives; it could transform our climate and our landscapes beyond all recognition. However, in these two cases, a kind of fatalism sets in. We just hope that a solution emerges from our will to mastery: just as a vaccine is our new morning prayer, a magical engineered solution will prove useful. with climate change. Thus, we will seek individual innovation. But the alternate future that humanity might imagine after these crises is unlikely to lead to a radically new relationship between human beings and the planet they inhabit. We hope that science relieves us of the burden of sweeping social and political changes, especially in our relationship to nature.

We hope so in part because the triad of social institutions that define our collective existence are probably facing their most serious crisis of legitimacy since the fall of the Berlin Wall. There are a few exceptions, but general concern about the failure of liberal representative democracy is now widespread. The ardor of reasoned freedom is waning: liberal democracies are found to be too divided to face the enormous challenges they face, and institutional sclerosis is widespread. Even the pandemic has become a source of division rather than solidarity. India and the United States will see their crises worsen in different ways. This does not mean that the authoritarian model automatically succeeds – after all, China must also resort to more repression. Our ability to produce an effective government that can pass the legitimacy test may be currently overestimated. Despite the enormous growth in state capacity and power, the fate of a free, efficient and legitimate government is at stake.

Capitalism goes through its periodic crises, and we have learned to manage them, to a point. But, again overall, our management technique has been essentially one that relieves us of the burden of seriously restructuring our collective arrangements. Most governments around the world have decided to do the easy part – provide cheap money and spend to get out of a crisis. Some of it might have been necessary. But the question remains: will our economies keep their promise to provide meaningful jobs with a minimum of justice? In a sense, crypto-mania has become a metaphor for our way of thinking about economics: another prayer that a piece of financial engineering that conjures something out of thin air can be our answer to fundamental problems.

After 1989, there was some optimism that if the nation-state form will endure, its three pathologies could be contained. Internally, nationalisms would become more inclusive and would be able to adapt to diversity. To some extent, this has happened. But at the same time, the anxiety over national identity, comparing it in ways that probably produced conflict, returned to all nations. Second, as the pandemic has clearly shown, there is very little appetite for serious global cooperation. Most of our challenges, global public health, climate change or even economic prosperity cannot be solved if we only think in the form of a nation state. Very little global collective action is possible if the world is “America first”, “China first” or “India first”. Third, we had hoped that the structures of global economic interdependence would diminish the prospect of major war between the great powers. But the nature of the competition of the great powers now also has a feeling of inevitability. The great powers, like the partisans of internal politics, are so adamant about their own virtues, interests, rights that the prospects for war have increased considerably. As Jean Renoir once said, “what is really terrible is that everyone has their reasons”. We live in a world where we all have our reasons. But the hope in 2022 is that these reasons are in addition to cooperation, not the intractable conflicts that we seem to be heading right now.

This column first appeared in the print edition on January 1, 2022 under the title â€œEveryone has their reasonsâ€. The writer is editor-in-chief, The Indian Express 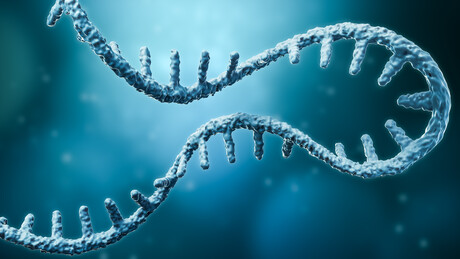